Many people are confused between web developers and web Designer. They think that both of the professionals perform a similar job. But, this is not true as many differences are existing between a web developer as well as a web designer.

They think that both of them build websites, but they are involved in diverse areas. If you are thinking of taking the help of a web designer USA for your next project, then you should be well-aware of all the differences so that you can make an effective choice.

Understanding The Differences A Web Developer vs. A Web Designer

Developers are inclined towards building the core structure of a website by making use of coding languages. On the other hand, the designers are more user-focused as well as visually creative. Also, the developers consider making use of specific knowledge related to programming into the creative vision of the designer. In this regard, you can compare developers with construction workers whereas web designers are architects.

So, both of the professionals contribute to play a very important role due to their diverse skill sets.
By considering the most important facts about web designers and web developers linked here, you would be able to understand the differences well.

A web designer is someone who contributes to making your website seem first-class. In this regard, they mainly have a look over the overall feel as well as the style of the web page. For this, they make use of software such as Photoshop which helps them to properly customize the visual elements of the website.

Not only that, but they make use of code such as CSS and HTML for the creation of appealing designs. Also, the web designers are divided into special categories that are needed to know about.

The main role of a website developer is to put together a website according to the concept given by a website designer. More or less, they contribute to play a similar role, but their main focus is to design website apps.
So, a website developer contributes to building the framework of a website by making use of specific software such as JQuery and Javascript. In this way, they aim to build a smooth running website and they are assisted by the web designers.

Similarly to the web designers, there are some definite roles for website developers that are listed in the below mentioned section:

How To Choose Between A Web Developer Or A Web Designer?

After understanding all the differences existing between a web developer as well as a website designer, you would be able to know which one to select according to your needs. In this regard, you should know whether a website designer or a developer help to address your issues.

This will help to formulate your website-related experience. Like, if you are focusing to fabricate the latest contact form, produce a mobile application, fix hosting or server issues, then it is important to hire a web developer. But, in case, you are required to design a new homepage layout, conceptualize the branding of a new website, and edit videos and photos, then you should take the help of a website designer.

So, the above-discussed ones are considered to be some of the major differences existing between a web designer as well as a web developer that you need to know about. 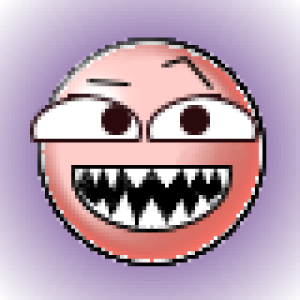 Why Do Your Customers Love SMS Customer Support?

How Using Magento Can Improve Your Online Business

Impact of IoT on Mobile App and Web Development